3 Signs You Don’t Get Social Media 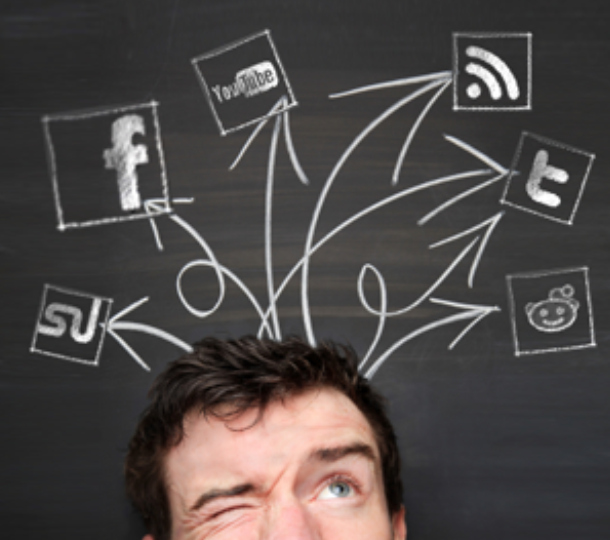 I remember listening to a lecture in grad school about ancient media.  I honestly never thought about media existing in the pre-information age.

Turns out that media is a timeless word which best describes how people communicate information.

There was a time when books where considered new media.  As the literacy of the middle class rose, a demand for the sharing of information in book form increased.

The meeting of this demand through the media of book publication allowed for something new: reading for leisure.  Initially critics claimed recreational reading was a waste of time and worse still that silent reading was pointless.  In that era, reading to one’s self, instead of out loud, seemed ridiculous.

The fact is all new forms of media fight initial misperceptions and social media is no different.

3 Signs You Don’t Get Social Media

1. You think social media is a time waster.

It’s true that social media can consume large amounts of people’s time, but this has always been the temptation of media.

Marketplace small talk, Books, Newspapers, Movies, TV, Records, CD’s, Playlists all can be huge time-consumers.  This does not mean such mediums offer no value and should be avoided.

It’s better to take a disciplined approach to social media consumption than an abstinence approach.

2. You think social media is only ranting.

It’s true some people rant and trash talk on social media, a behavior first made popular by talk radio.

It’s also true that just as much “raving” happens through social media.

3. You think social media is gossip.

Social media is public.  For a person to share information they have to “go on the record” as the source of that information.   In social media you better have your sources right or someone in the community can easily call you on the carpet.

If anything social media has the power to hold us more accountable.

The Good News is…

If you have been a blind-critic of social media up to now, its easy to convert. Just start posting your own time-worthy, raving, well-sourced content.  Once people start to reply, retweet and repost you’ll get this new media.

Join the Conversation:  What are some other signs that a person does not “get” social media?