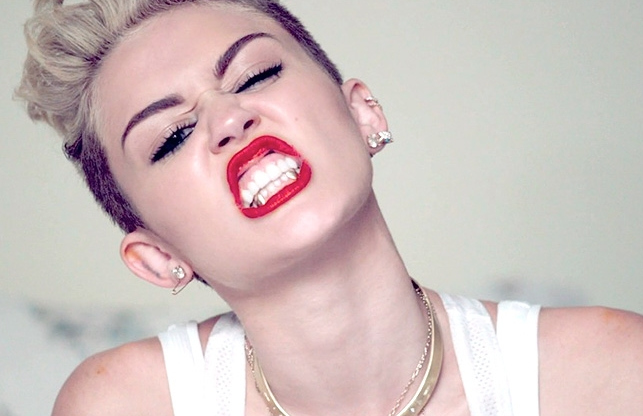 Twerking, jerking, wrecking…whatever Miley Cyrus was doing in her VMA performance was definitely not working. Miley seems to publicly be going through a quarter-life crisis.

Our culture says a lot about people in their 40’s experiencing a mid-life crisis, but the 1/4-life crisis is becoming a common phenomenon in the life of today’s young adults.

The crisis often occurs once young adults have made all the decisions that older adults have told them to make – learn to drive, finish high school, go to college, get a job – then one day they wake up and wonder, “What now?”

The realization sets in that they have “ridden the wave”, and played their childhood part in the script called growing up.  Now the only remaining life-decision before retirement is marriage. For many young adults this is when the 1/4-life crisis hits.

Giving in adolescence and young adulthood is often tied to personal advancement.  High school students volunteer as a transcript boost.  College students serve to enhance their resumes.  There is nothing wrong with serving for resume-sake, but adult giving dangles no such carrot in front of your service.

Young adults who genuinely serve in causes bigger than themselves rarely go through a quarter-life crisis.  Serving those in need has a way of re-centering life’s meaning and re-focusing our gratitude on the benefits we have received. It’s hard to have a melt-down when you are extending a hand-up.

It’s hard to have a melt-down when u are extending a hand-up.”Averting the Quarter-Life Crisis”

So much of growing up is about maturing beyond self-absorption.  Self-absorption is more cunning than selfishness.  Selfishness is easily identified as not sharing.  Self-absorbtion masks itself in our approval.  The self-absorbed are those who say, “It doesn’t matter to me where we eat,” but then they have the strongest objection when a place is picked that they dislike.

The self absorbed person struggles to give their approval when there is no personal benefit.

Young adults who learn to have an opinion but not hold others hostage to that opinion through their approval often by-pass a quarter-life crisis.

There are seasons in life in which we all hit a wall.  When we hit those walls we want someone to help us discover “who we are” and “whose we are.”

An exercise I often recommend to young adults who are going through a wall-hitting season, is to email these two questions to seven people.  Only one of the seven people can be a peer.  The other six have to be older or younger respected acquaintances.

When you think about me…

The insights from these questions often awaken young adults to a greater sense of personhood (who) and community (whose).

Something tells me if Miley Cyrus knew “who she was” and “whose she was” her current quarter-life crisis wouldn’t be such a “Wrecking Ball.”