Why Your Church Needs to Mention the Boston Bombing this Sunday 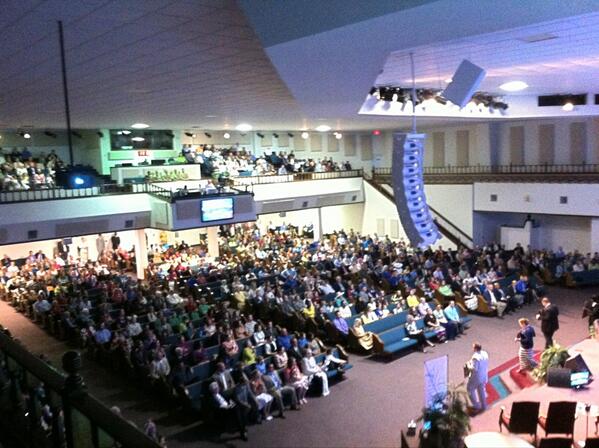 When your church comes together this Sunday, I hope there are comforting words spoken about the tragedy that happened in Boston.  Here are my two reasons your church needs to say something about Boston, or Texas, or any other headline tragedy on Sunday…

1. Say something to recognize the real pain and violence in our broken world.

When Jesus came into the world, he came surrounded by violence. When I think of 8 yr old Richard Martin dying in Monday’s blast, I am reminded of Herod’s mass killing of children in Bethlehem.  The death of innocents often accompanies the brutal acts of humanity. That’s the world God came into and lived in.  Jesus spent a lot of time with the powerless and the abused.  He never retreated from the brokenness of the world and neither should His church.

2. Say something to curb “righteous arrogance” that would try to define the bombing as God’s judgment.

What happened in Boston was not God’s judgment on the city or our nation.  Every judgment of God through tragedy in Scripture came without ambiguity.  God never brought judgement and then left the victims to wonder, “Was this God’s doing?”   If it was ever God’s doing he “put up billboards,” “ran full page ads,” and no investigation was needed afterwards to determine who was responsible.

I like what Mars Hill Pastor David Fairchild has to say, “God, not bombs, has the last say over death.”

Sometimes Christians make a faulty assumption that extraordinary tragedy points to extraordinary guilt.  Jesus directly addressed this falsehood using the headline tragedies of his day. He asked, “Do you think that these Galileans were worse sinners than all the other Galileans because they suffered this way…Or those eighteen who died when the tower in Siloam fell on them—do you think they were more guilty than all the others living in Jerusalem?”  Jesus offered no back-story on the tragedies referenced in these questions since both stories were “leading headlines” in Palestine conversations.  He boldly answered his own questions, “I tell you, no!”  Let the same answer be given in your church this Sunday regarding the Boston tragedy.