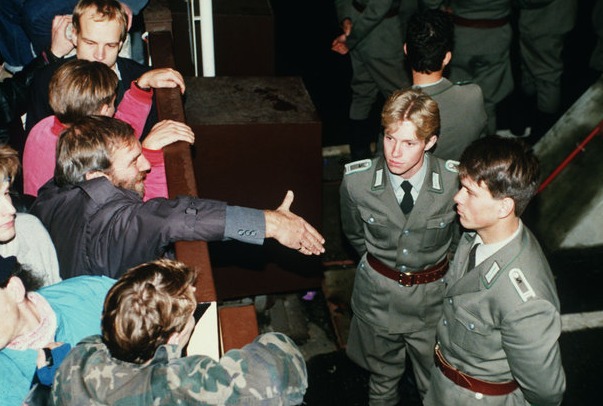 Twenty three years ago I spent the summer in Germany studying engineering. During my time there I visited Berlin, and stayed in an East Berlin hotel. It was a surreal experience to sleep and eat in a place that had been cut off from the western world for 30 years.

As a teenager of the ’80’s, I grew up hearing President Reagan say, “Mr. Gorbachev, tear down this wall.” Thanks to cable news the world watched in real time as the wall crumbled on the night of Nov. 9, 1989.

History has documented that Harold Jager, an East German border guard, was the “man who opened the Berlin Wall” that historical night.

Jager recalls his order to open the gate was not a decision for which he had approval, nor was it an order he wanted to give. A divided Berlin was all Jager had ever known; his father had helped build and police the wall. Jager had followed in his father’s footsteps. He recalls crying and feeling betrayed that night as he watched the masses of East Berliners cross the border into the west.

However, within a half hour Jager said, “The crowds won us over with their euphoria, we realized that they were overjoyed and and our tears of frustration turned to those of joy.” Jager’s response is not very different from anyone who has experienced a border crossing.

Border crossings are difficult whether they are geographical, generational, or ideological. (tweet this)

What border crossings are you helping people make? Are they cultural, organizational, or ideological borders? How is your oragnization helping the community cross borders, not just internally but within the community?

Mr. Jager said when he told his sister, “It was me who opened the border last night.” She said, “You did well.”

I want to hear those same words one day from the people and organizations I was privileged to serve.