Making Room for Each Other in The Label Wars: Purists and Pragmatists 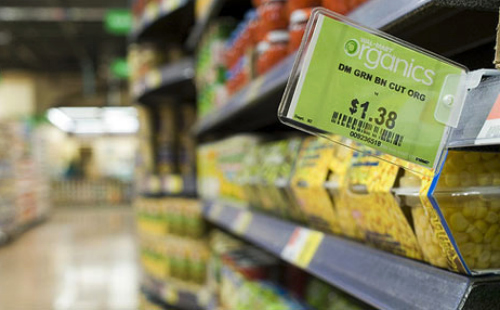 I heard a news program report that U.S. organic farmers are having a “row,” as the Brits say, over the organic label.

One side, we’ll call Purists, want the label to apply only to foods strictly raised without synthetic substances.

The other side, we’ll call Pragmatists, want broader availability of organics in the market and are willing to accept the use of some synthetic substances.

It makes you wonder what do organic farmers throw at each other in a food fight? “Who threw this un-certified organic banana at me?”

While I am not one to pick sides in the organic-label war, I do understand the nature of the tension.

Many organizations feel this type of tension between purists and pragmatists around all sorts of issues.

Theology, gender, economics, parenting, politics, policy, standards of dress, on and on organizations wrestle in areas that seem to demand a stance. Should an idea be held to its purest form or should the desire to reach the masses lead to a compromise?

I often find fear at the core of both the purist and the pragmatist positions. Two very different kinds of fear but fear just the same.

Pragmatists fear a loss of progress. To the pragmatist holding the pristine line on organics keeps the cost high and the customer base small. There is a loss of progress and the strictness feels like missed opportunity.

As with all fear the extremes are self-defeating. That’s why the annihilation of either side usually results in the self-inflicted doom of the other.

Fear driven purism becomes perfectionism, in which 100% purity is never reached and 99% is unacceptable. The end result is the destruction of an organization, movement, following or market that grows weary of the ever tedious cycle of refinement.

Fear driven pragmatism becomes subjectivism, in which right is exclusively determined by expansion. The end result is the destruction of a compelling cause for an organization, movement, following or market to mobilize around.

The solution is for the purist and the pragmatist to validate the fears of the other side. Purists need to affirm the fear of missed opportunity and pragmatists need to endorse the fear of lost identity. Within measure both fears are very real.

By validating each other’s fears, respect emerges for differing opinions and opportunity arises for shared solutions. Did I mention Walmart is the largest seller of certified organic food in the U.S.?

What kinds of issues have resulted in purists and pragmatists taking sides in your organization?