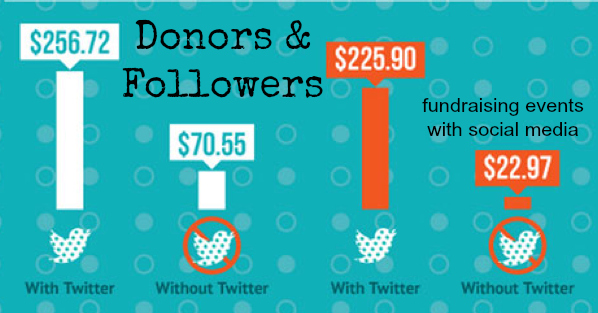 I recently had the opportunity to partner with Urshan College (UC) & Urshan Graduate School of Theology (UGST) in an effort to raise the visibility of their annual stewardship banquet through social media. 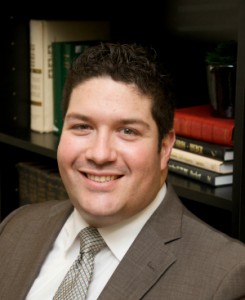 Afterwards, I got a chance to ask the Urshan Director of Development, Rick Hernandez, about his experience using social media to raise dollars and followers.

What type of a fundraising event is the Urshan Stewardship Banquet?

Rick: We provide a free catered dinner and share how Urshan College and Urshan Graduate School of Theology are impacting and equipping individuals for a better future. In addition, Urshan College’s vocal ensemble, United, provides incredible music and signing.

What led you to think about incorporating social media into the Stewardship Banquet?

Rick: Every year the “big” challenge is to reach individuals who aren’t “plugged in” to what UC/UGST are accomplishing. Most banquet attendees are supporters who are already well versed in what’s happening at Urshan. We felt that incorporating a social media initiative into the Stewardship Banquet would help us reach a larger audience than those physically present at the event.

What social media platforms did you use? Where these already in place?

Was your only goal in using social media to raise money?

Rick: We actually had more than one goal in utilizing social media for our banquet. Obviously we wanted to increase the amount of potential money that could be raised toward the evening’s goal, but we also wanted to grow awareness of what UC and UGST are accomplishing in the arena of education. In other words, we wanted to grow donors and followers. We felt that growing the number of followers on all of Urshan’s social media platforms would allow us the opportunity to engage with individuals long after the banquet.

Did you gain more followers?

Rick: We certainly did. Before, during and after the banquet we grew both colleges’ followers. Each Facebook account grew by 100-200 followers. The most significant growth happened on the UGST Twitter (@UrshanGrad) which went from around 180 to over 800 followers. We are currently about to reach 1,000 followers.

Can you talk about how you used social media leading up to the banquet?

Rick: Sure. The goal leading up to the banquet was to grow the awareness of UC/UGST by sharing quality content and highlighting those who serve the Urshan community. We chose the hashtag #supportUrshan, then we reached out to alumni and current supporters asking them to tweet, retweet, FB post, like and share using the hashtag. This considerably increased our social media “voice” which attracted the attention of new followers. We also posted links to resources that were written by our professors and pics of students and employees on campus. We included a link for registration/donation to the banquet in several but not all of the posts. The common denominator in all our posting was #supportUrshan. It was on everything.

What about during the banquet?

Again everything we posted included #supportUrshan. We took pics of the banquet set-up, the band practicing, the guests arriving. We created a backdrop with the UC/UGST logos for people to take pics in front of. One key element is we openly asked the banquet attendees to tweet and FB post throughout the evening.

During the banquet as students, faculty and supporters declared their accomplishments and testimonies, Urshan was getting free publicity through the many personal social media accounts of attendees. You can say that we were promoting Urshan to the masses, but not increasing costs. Talk about “killing two birds with one stone”.

What is the primary benefit you’ve discovered in using social media for fundraising?

Rick: Dialoguing with our followers and the broader community. Social media has proved to be an effective “two way street” of communication by allowing Urshan to get information to the public and for the public to inquire and get to know Urshan. Regardless of the dollars raised, the community connections that continue after the fundraiser are priceless.

How has UGST continued to use social media since the banquet?

Rick: Since the Steward Banquet, Urshan has continued to utilize social media for multiple purposes.

If an organization hasn’t done much with social media, where should they start?

Rick: Hmm….Good question. I believe that every organization should start by getting knowledgeable about the purpose of social media. It’s social media, not selfish media. Learning to interacting with others is very important. Don’t just look for ways to advertise yourself. Learn how to engage with your community. Reach out to those who are successful with social media, or invest in a course, I did. Once you have some social media training, I encourage you to plan your strategy. Decide WHY your are using social media and HOW you will utilize it to achieve that purpose. Merely posting random information or failing to engage with others will be detrimental to your organization.