Rebellious or Pioneering: How to Tell the Difference 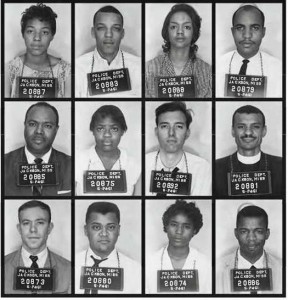 Images of the American Civil Rights movement both terrify me and make me proud.

They terrify me because of the brutality shown to people of color. They make me proud because the images are so distant from my children’s America that they require explanation.

Not long ago I watched the Freedom Riders documentary with my children. The Freedom Riders were a group of blacks and whites who set out to ride commercial buses across the South in order “to challenge local laws…that enforced segregation in seating.”

In the documentary it is sobering to watch a modern-day interview with John Patterson, the governor of Alabama during the Freedom Riders demonstration. In the interview Patterson admits that he was wrong to have labeled the Freedom Riders rebels, and if he had it to do over again he would support the Riders.

History is full of people who were first labeled rebellious but were later called pioneers. (click to tweet)

It’s easy to see now that leaders like Governor Patterson were on the wrong side of history, but what about in your organization or community?

How can you tell if a non-conformist is being rebellious or pioneering?

Here are a few differences:

I had a wise person tell me during my season of youthful rebellion, “It’s obvious what your running from, but what are you running to?” Rebels often only know half the answer. They don’t know what they want, they just don’t like the present.

It’s OK to have uncertain seasons in our life, but rebels irresponsibly react to uncertainty. Pioneers responsibly take action towards their preferred future, even if it’s risky.

For years GM went through CEO after CEO who rebelled against the changing realities of the car industry until the company lay in finanical ruins. Meanwhile, companies like Tesla were working to by-pass the traditional dealership model in order to provide a beneficial product at a competitive cost.

Organizations on their death bed have been saved by pioneering leaders who were willing to re-imagine instead of ruin.

Josh Gustin parted ways with the typical fashion industry model of pre-purchasing designer clothing and then trying to convince the public to buy what’s in stock.

His company, Gustin Jean, took the crowd-source approach of posting clothing designs and offering to produce only those designs that have enough interest from committed purchasers. After the minimum number is sold – most designs sell out – he makes the clothes and ships them within 6-8 weeks. The benefit is decreased costs to the consumer since buyers only pay for the clothing they purchase and not the excess inventory retailers keep in stock.

With such a successful approach you would think the clothing industry would try the crowd-source model. But according to Josh his competion lives in denial because retailers are “either too wedded to the traditional retail model…or they just don’t get it. They say, ‘No, we’ve always done business this way, why would we change?'”

A lesson from Governor Patterson

If you’re a leader whose fortunate enough to have non-conformists in your organization, don’t be too quick to label them rebellious. If those non-conformists see a preferred future that they are willing to re-imagine and take the risks to discover, then be on the right side of history and stand with the pioneers.

What kinds of people are usually labeled rebellious in your industry?