It’s Getting Harder for You to Be Lazy on Facebook 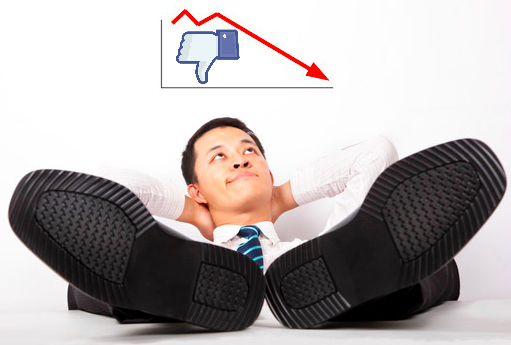 If you haven’t noticed lately, then take a look at the organic reach of your organization’s FB page. It’s going down.

Several studies have shown the organic reach of Facebook is around 6%. That means you can expect 6 out of 100 people to see each of your Facebook posts. It was 49 out of 100 just last October. That’s a big change, but why?

As a publicly traded company Facebook’s primary responsibility is to shareholders not users with free accounts. The current Facebook algorithm gives preference to those who pay for ads or to boost posts. Some think that FB is slowly turning into more of a paid advertising company.

Jay Baer calls it the Reachpocolypse and he created this graph to show the coinciding decline of Facebook’s reach as their stock price has gone up.

Here are 4 initiatives you can take:

Create great content instead of average posts. Content is fire. Social media is gasoline. (tweetable) If there is no flame in your content to begin with, then forget adding the social fuel. You have to create something worth liking first, then use Facebook to share it.

Post varied content. Don’t believe that pictures always do better than words on Facebook. I experimented with status updates on my page and discovered I usually get the most likes for posting a great quote rather than a graphic.

Share “behind the scenes” content. Every organization has a side of things that most people never see. Meetings, practices, brainstorming sessions, the secret snack cupboard. I worked for a large church where few people ever saw the administrative offices. A “behind the scenes” picture may be worth a 1,000 likes :).

Post your content at “off times.” I know many experts recommend to post at optimal times when the most followers are on Facebook, but Jon Loomer makes a great argument for posting when few followers are on. His argument is that fewer users means less competition for your post. Look for the clock symbol next to your post and try scheduling the post to go out at 3 a.m. and see if your reach increases. Why not?

Have you found other ways to increase the reach of your Facebook posts?